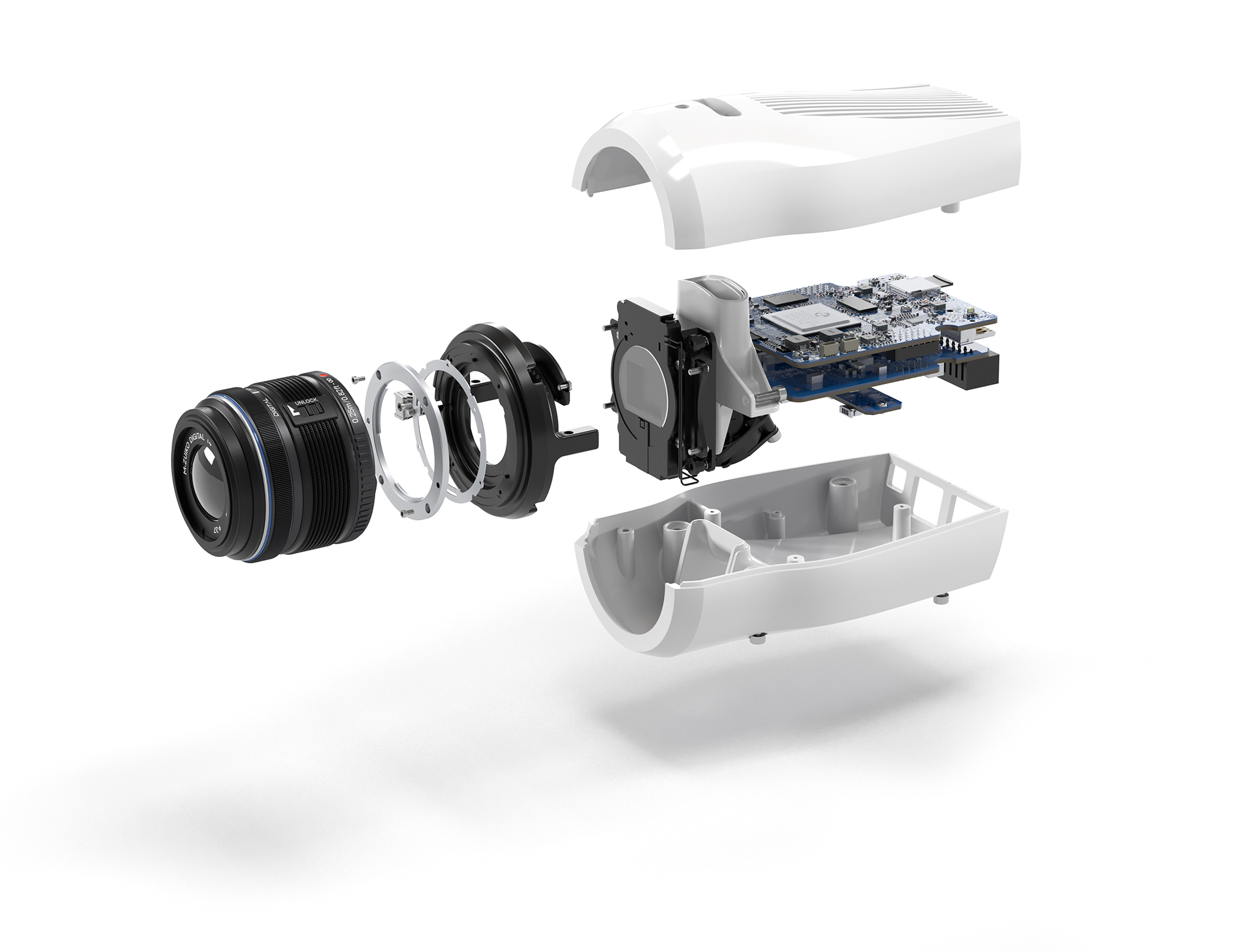 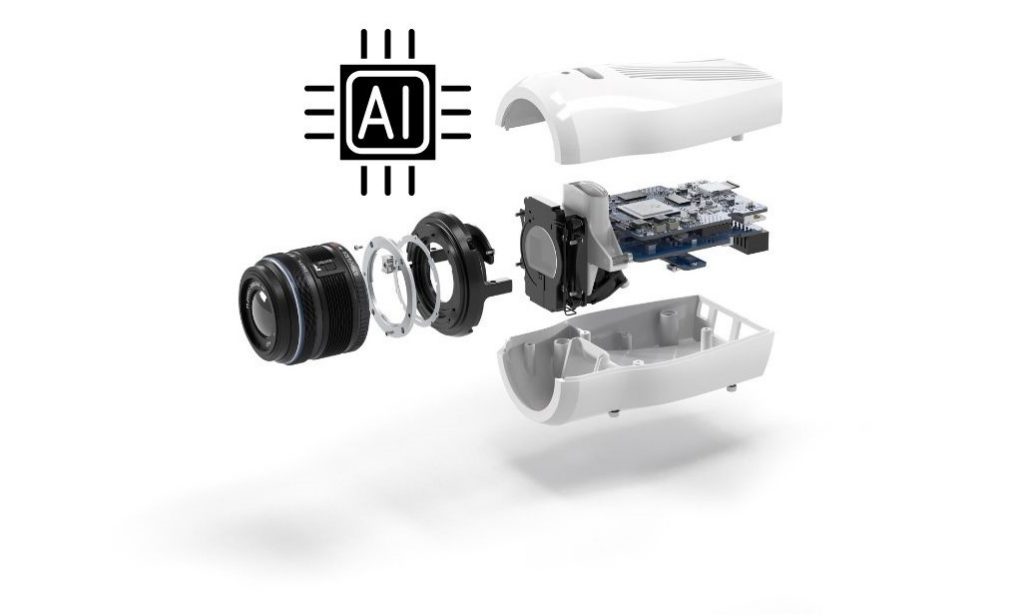 In Artificial Intelligence, a neural network is a model inspired by the human brain capable to quickly and accurately recognize objects. Hence Nitida cameras can detect people and vehicles (classifying cars, motorcycles, bicycles, trucks and buses) and track their movement to provide the most important perimeter protection features: intrusion, loitering and tripwire.

These features are managed through a dedicated web page UI. For example, it is possible to draw a perimeter on the screen ad receive an alarm when a person or a vehicle enters. 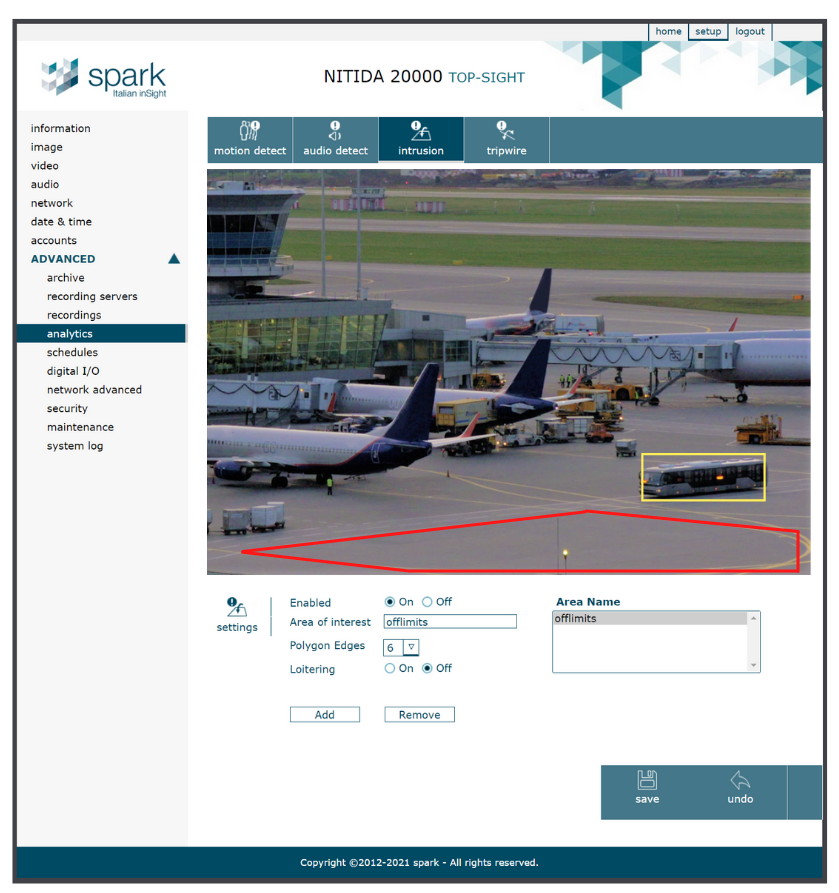 In this case, NITIDA checks if the vehicle enters the virtual perimeter

AI is becoming very important to solve real problems and to avoid false alarms. Performing video-analytics applications directly on Nitida 2.0, Nitida 5K and Nitida 4K, there is no need to connect the camera to an external server for data processing as usually happens in video surveillance systems. A lighter infrastructure also means improved scalability and lower costs.

Using Nitida’s very high resolution of 9, 16 and 20 megapixels, it will be possible to cover a very large area using a single camera and potentially select where to perform video-analytics applications.

The computational power of Nitida IP cameras allows the development of custom applications for specific needs.

Stay in touch with us